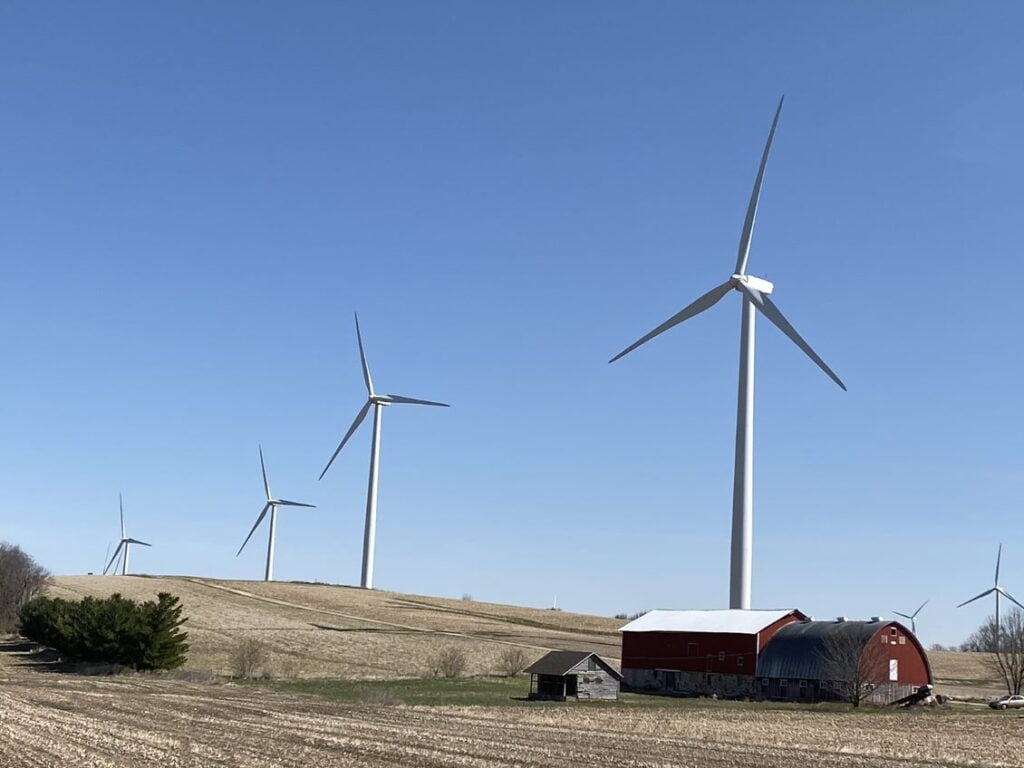 The following is a column written by Fred Clark, WGF’s Executive Director, and Don Behm, journalist and member of WGF’s Board of Directors, on the recent Inflation Reduction Act and its impact on Wisconsin’s response to climate change.

Americans everywhere facing the impacts of a changing climate on weather, infrastructure, public health, crops and livestock, and the environment finally received the major federal response they’ve been waiting for when President Biden signed the Inflation Reduction Act (IRA) of 2022 into law on August 16th.

It’s been 36 years since members of Congress were first briefed on the risks posed by climate change by NASA’s top climate scientist Doctor James Hansen. After years of increasing urgency but no congressional action, the IRA is the first major piece of federal legislation to directly address what is now a full-blown climate crisis.

The IRA provides $369 billion in new climate focused funding that will create significant opportunities for families, farms, municipalities, businesses, and state governments to play a more significant role in the transition from fossil fuels to clean energy. Taken as a whole, the bill is projected to cut greenhouse gas emissions by 40% below 2005 levels by 2030.

There is also good news for anyone worried about economic impacts, because all that reduction is accomplished without more regulations or new taxes on energy users.

Instead, the bill relies almost exclusively on incentives such as loans and tax credits to spur voluntary adoption of clean energy and measures to reduce energy use. These changes will be good for businesses and consumers and will spur economic activity and create American jobs.

There are tax credits for residents buying electric vehicles, solar panels, or storage batteries, along with rebates for purchasing heat pumps or electric appliances or investing in home energy-efficiency improvements.

Farmers will receive financial assistance to install the conservation measures needed to protect soils and ensure their fields can withstand extreme rainstorms.

There are clean-energy manufacturing tax credits for production of solar panels, wind turbines and storage batteries, along with grant and loan programs offered to states and electric utilities to speed up the transition to clean electricity.

Municipalities can tap into grant programs to boost access to affordable transportation and restore urban forests, as well as deploying clean energy in economically disadvantaged neighborhoods.

Thanks to an early commitment to climate and energy planning by Governor Evers’ administration, Wisconsin is prepared to make use of all those incentives.

The Public Service Commission of Wisconsin (PSC) is already evaluating how a transition to zero-carbon electricity generation will impact supply, reliability, and affordability for customers between now and 2050.

Wisconsin’s Green Fire (WGF) is a PSC Intervener that has provided recommendations on the energy and climate policies needed to build sustainable and resilient communities. WGF’s “The Future is Now – Creating a 21st Century Energy Policy” was published in March 2021 to draw attention to opportunities to reduce greenhouse gas emissions through energy efficiencies and policy changes.

Focus on Energy, the statewide energy efficiency and renewable energy program, has helped businesses, manufacturers, municipalities, schools, and residents save energy for more than 20 years.

Since 2011, Focus on Energy’s incentives and technical assistance have prevented 69 million U.S. tons of carbon dioxide from being emitted to the air – the equivalent of removing 15 million cars from the road, according to an independent study by the Cadmus Group.

In 2021, Gov. Tony Evers committed the state to planting 75 million trees in rural and urban areas and conserving 125,000 acres of forest. One year later, more than 9.3 million trees have been planted on public and private lands. Those trees will remove carbon dioxide from the air.

The Wisconsin Department of Transportation (DOT) has prepared a plan needed to receive $78.6 million from the federal Bipartisan Infrastructure Law for building and operating a network of electric vehicle charging stations along the state’s major highways.

Throughout Wisconsin there are examples of schools, businesses, local governments, farmers, and homeowners who have made their own investments in clean energy.

The incentives provided in the Inflation Reduction Act’s energy security and climate programs will only accelerate Wisconsin’s transition to carbon-free electricity, while helping further reduce the costs of transition as manufacturing ramps up to meet new demand.

While the IRA represents a huge step forward on climate, it does not by itself solve the climate crisis. Current levels of greenhouse gases in our atmosphere guarantee that we will continue to see disruptive effects of climate change for years to come.

Preparing to meet those impacts remains a top priority, and there is much more work to be done to ensure that Wisconsin citizens and communities large and small are prepared to adapt to future climate changes.

But today we can take satisfaction in knowing that we are still capable of taking big actions that will help us thrive in a less certain and changing future.

Please see the following link for  White House briefing room factsheets on the impacts of the IRA in Wisconsin and other states: https://www.whitehouse.gov/briefing-room/statements-releases/2022/08/17/state-fact-sheets-how-the-inflation-reduction-act-lowers-energy-costs-create-jobs-and-tackles-climate-change-across-america/